SUMMER SALE NOW ON! 10% OFF ALL ORDERS - USE CODE:  SUMMERSPARKLE

Adored by the Duchess of Cambridge, as well as more regular jewellery wearers, sapphire is thought to have mystical powers. 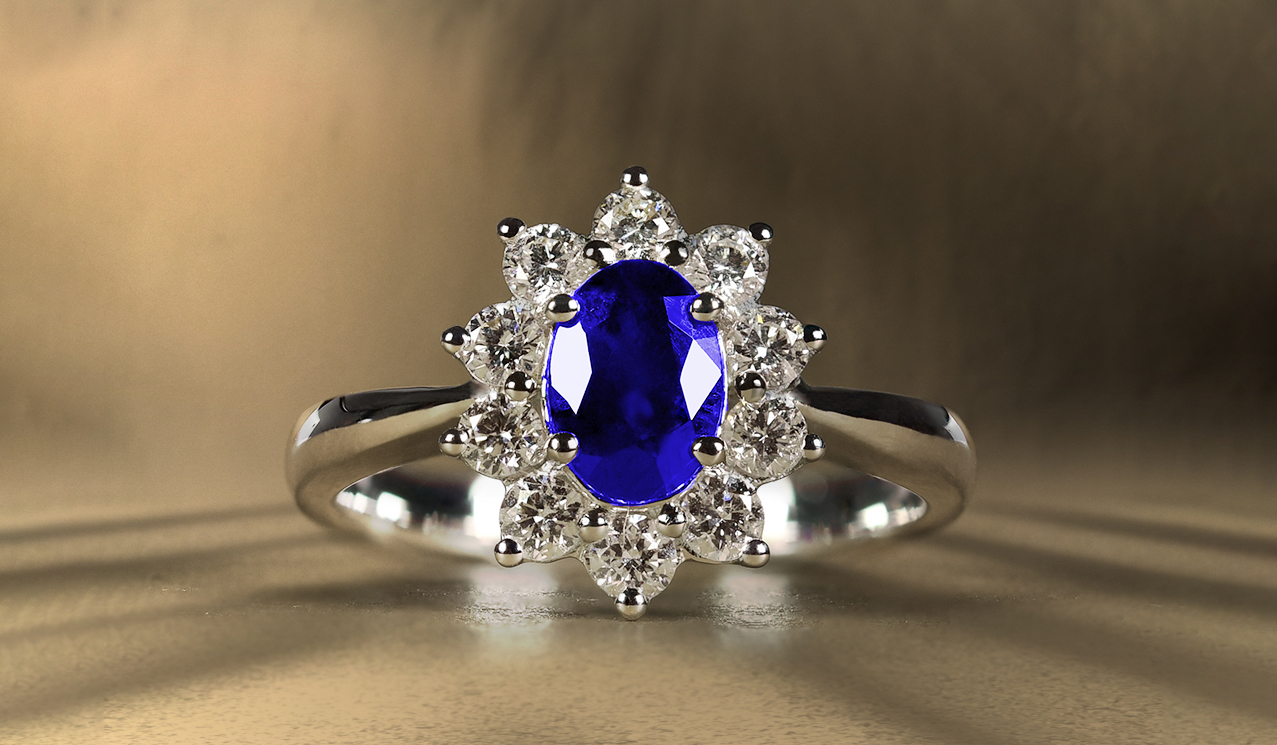 Sapphire jewellery is so beautiful that it is widely adored. From Princess Diana and the Duchess of Cambridge to regular jewellery wearers who love the rich, regal blue hue. Deeply rooted in ancient Greek mythology as a source of good luck, wisdom and fidelity, sapphire has a deeper meaning, making sapphire engagement rings an excellent choice. Take some time to learn about the sapphire meaning and what makes the sapphire birthstone so mystical. 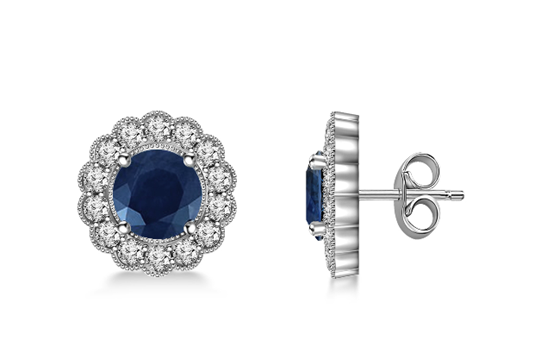 Sapphire stones were first discovered in India in the 1800’s before being discovered in areas all across the world, namely Sri Lanka, India, Myanmar, Madagascar and Australia. They are forged from the same process used to create diamonds but in the presence of iron and titanium to give them their mesmerising blue colour. 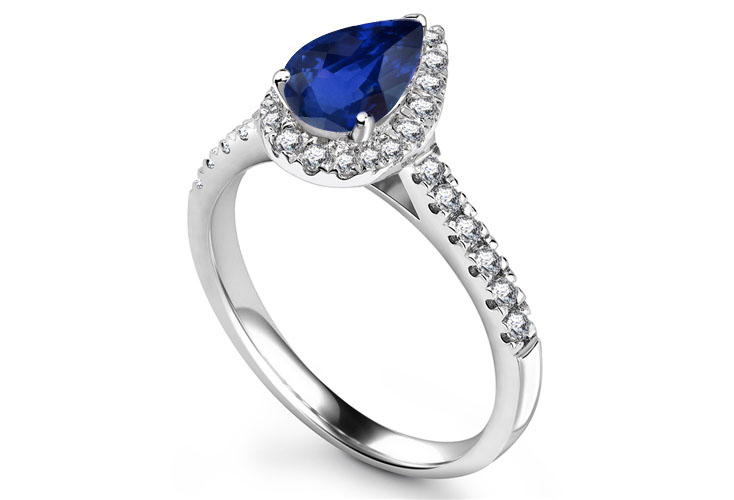 The sapphire birthstone was originally worn by ancient Greeks and the Greek God Apollo as a symbol of deep wisdom. It was thought that the deep blue colour of the sapphire gemstone would call upon the planet Venus, with some even thinking that it could influence spirits. Both Greeks and Romans of this time believed the sapphire had protective powers and could ward off misfortune and bring the wearer good luck.

Sapphire’s link to royalty dates back to medieval times where kings often wore sapphire rings for protection against enemies. It is thought that this is where the term “royal blue” originates from. 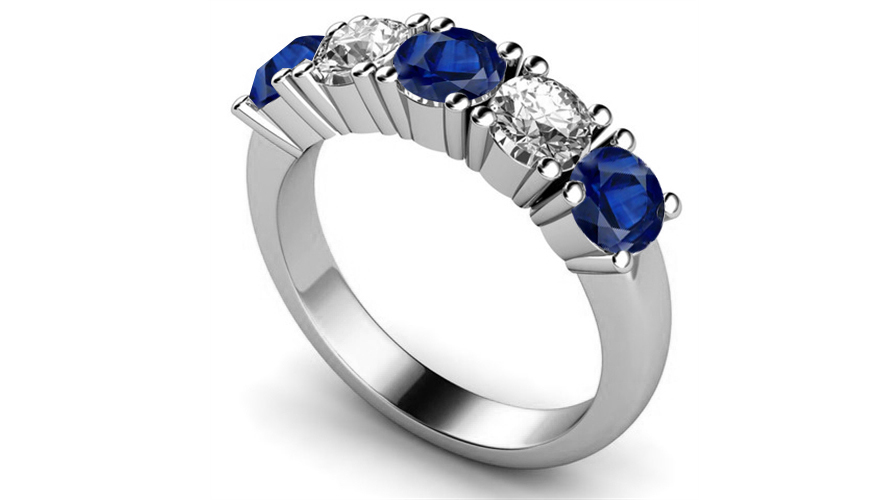 On the Mohs scale of hardness from 1 to 10 sapphire falls at number 9, just one below that of  a diamond. This makes sapphire an incredibly strong substance which only a diamond can scratch. This means sapphire engagement rings are a great choice, offering protection against daily wear. Aside from being used in sapphire jewellery, sapphire is used to provide scratch-resistant protection to watches by the inclusion of sapphire glass to increase durability and protect from potential scratching.

Despite popular belief, sapphires come in a variety of fancy colours aside from their general blue colour. Fancy sapphire colours include pink, orange, yellow, green, purple and violet with a colour to suit everyone’s taste. However,  blue remains the most popular colour for sapphire jewellery. 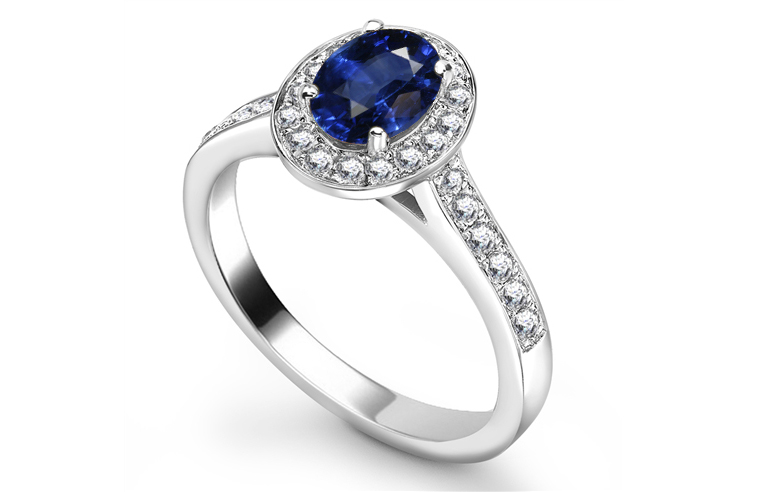 The name “sapphire” originated from the Latin word “sapphirus’ and the Greek word “sappheiros”, both meaning blue. It is also thought that these words may have originally referred to another kind of blue gemstone, Lapis Lazuli. 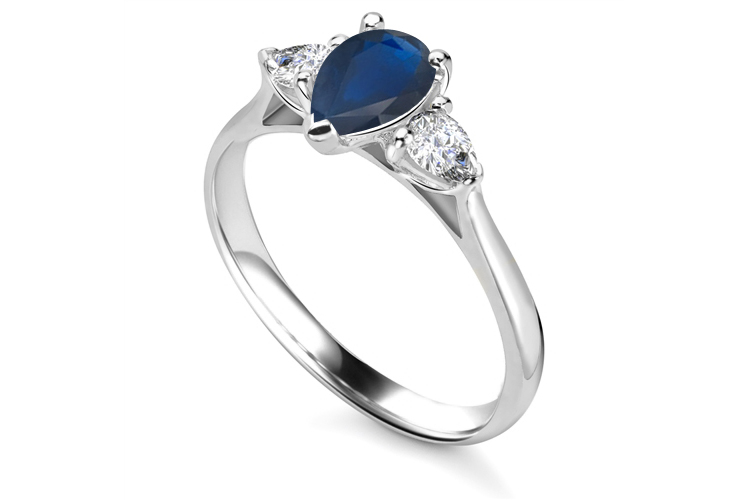 Sapphire engagement rings are symbolic of honesty and faithfulness. It is believed that these rings are able to pass on good fortune to a couple, granting strength and good health. 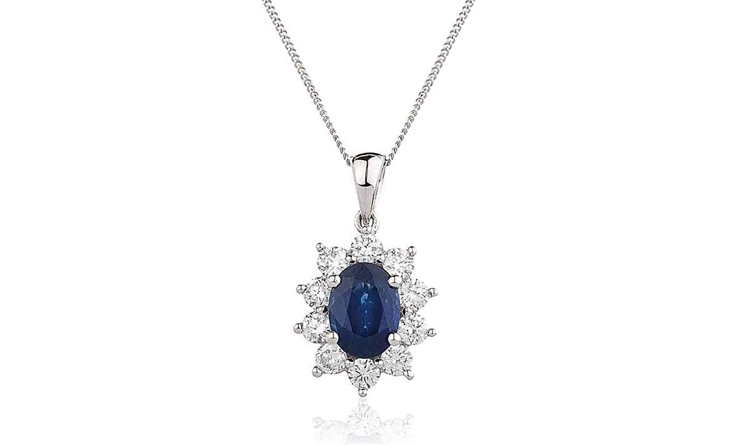 When browsing between sapphire jewellery and diamond jewellery at the jewellery counter you will probably notice that sapphires appear quite a bit smaller than diamonds. This is because of their increased density which makes a 1ct sapphire appear smaller than a 1ct diamond.

You will also find when shopping for diamond jewellery that those of a medium to medium-dark tone are the most valued, commanding the highest prices. In comparison, those of a grayish tone or that are too dark are less valuable and are cheaper to buy.

The rarest and most expensive of sapphires are those that are naturally clear with no flaws. They are worth their fortune as most contain inclusions and undergo heat treatment to help improve colour and clarity.

The September birthstone can make a beautiful gift for those born in September, whether as a birthday present or featured in an engagement ring. You can even use the sapphire birthstone as a symbol of when you and your partner met or got engaged to give your sapphire jewellery a much deeper meaning than it already has. 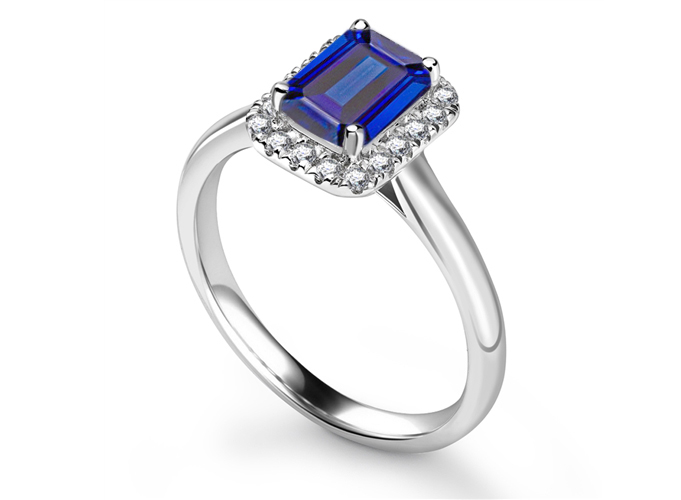 Fancy shapes are often a favourite among sapphire engagement rings. Cuts such as emerald, pear and oval-shaped cuts all offer a distinct, antique charm sought after by many. Similarly, yellow gold tends to be the precious metal of choice, accentuating the deep hue of blue that sapphires are famous for. Engagement rings such as that owned by the Duchess of Cambridge are also paired with colourless stones to amplify the brightness of blue stone and make it appear more vivid.

For September birthstone jewellery to gift your fiance or loved one, take a look at Diamond Heaven’s online store. Choose from an endless array of diamond jewellery and sapphire jewellery.