Amazing Wedding Traditions From Across The Globe

Across the world, countries with different cultures will have their own traditions of celebrating weddings. The traditional wedding ceremony of a bride and groom walking down the aisle and exchanging vows is not the only way of celebrating a wedding day.

Every culture has its own traditions for celebrating weddings. With Western weddings, it usually involves a wedding ring, reception and a wedding cake. The universal language that is always shared in a ceremony between two people is love.

At Diamond Heaven, we have looked at five countries and their amazing wedding traditions from around the globe.

What are the wedding traditions in China? 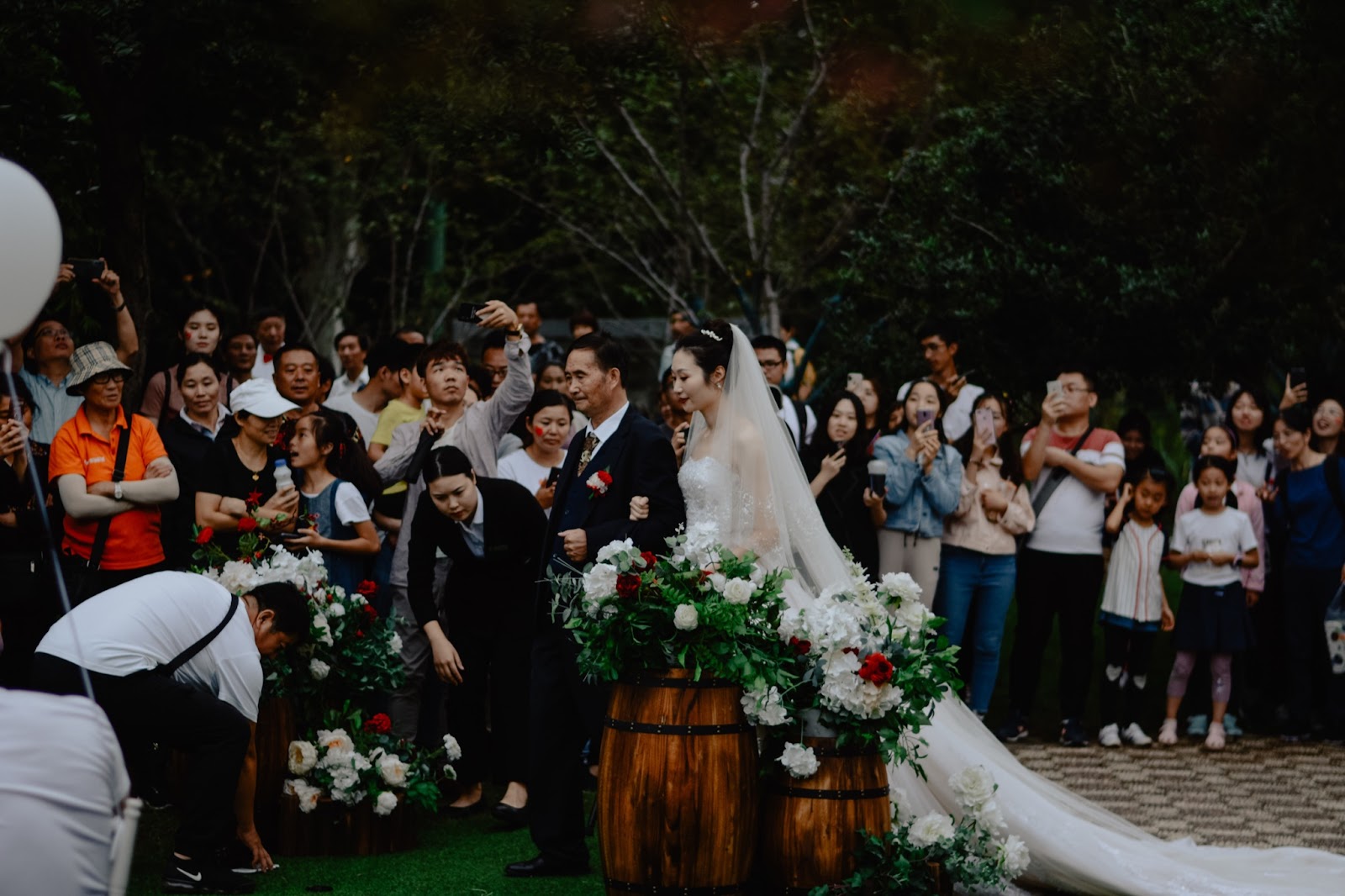 It’s always expected to see a few tears streaming down people’s faces at a wedding. However, with one Chinese wedding ceremony tradition, the bride has to practice crying. One month before the wedding, Tuija brides are expected to cry for one hour every day.

The bride’s mother joins after 10 days of completing the tradition, before being joined by the bride’s grandmother 20 days after the mother has cried. This tradition goes way back to the Warring States era in China where the mother of a Zhao princess broke down in tears at a wedding.

Other Chinese wedding traditions that don’t require the bride crying include a bow and arrow, as well as carrying the bride down the aisle. The bow and arrow tradition involves the groom shooting three arrows (no arrowheads) at the bride before breaking the arrows in half to signify their love for each other is forever.

Carrying the bride down the aisle involves the family hiring a “good luck” woman to take care of her when she travels to the groom’s home in a decorated sedan chair. The attendees’ role is shielding the bride with parasols and rice at the chair, which is seen as a sign of health and prosperity to the bride.

What are the wedding traditions in Japan? 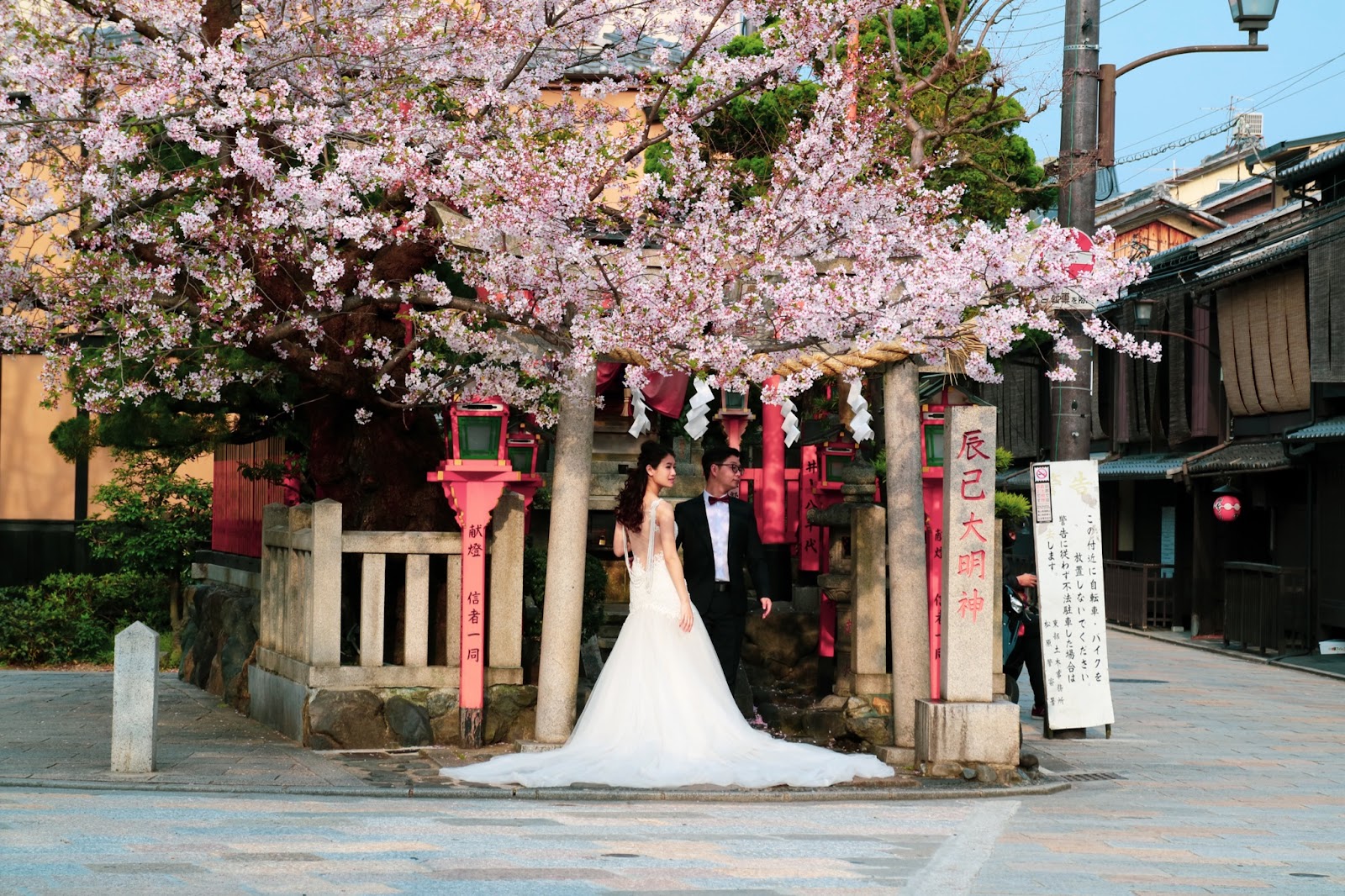 How does a bride and groom bond together in a Japanese wedding? One age-old wedding tradition in the Land of the Rising Sun is sharing sips of sake between the couple, as well as the parents.

In Japanese culture, another wedding tradition celebrated is the bride wearing all-white from head to toe in a Shinto ceremony. The colour white denotes the bride’s maiden status, with the hood (tsunokakushi) being worn to hide her feelings towards the mother-in-law.

What are the wedding traditions in India? 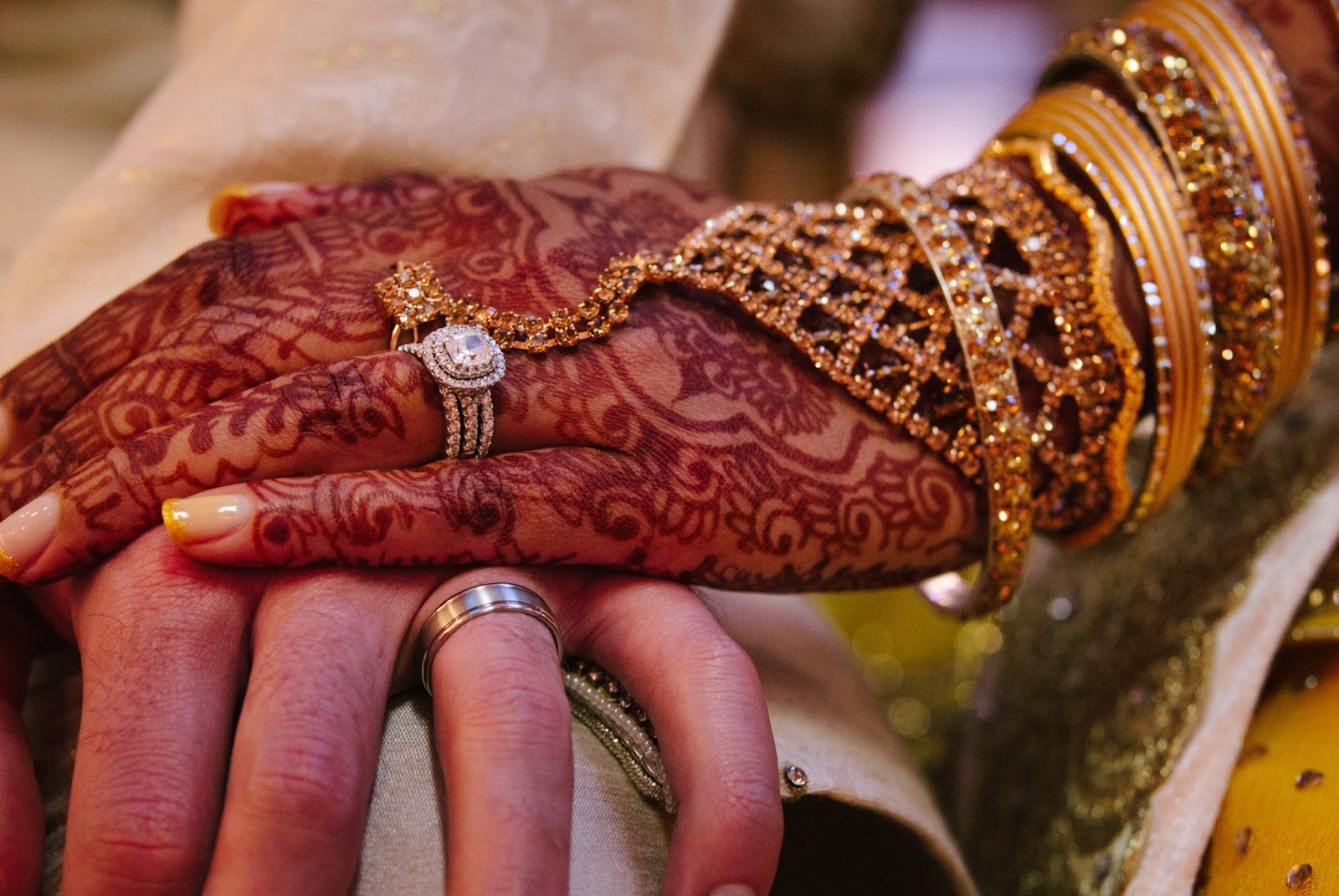 Weddings are a big part of Indian culture. There are a few traditions in this country of well over a billion people who know how to plan and put on a wedding.

When it comes to a common wedding tradition for the bride in India, the Joota Chupai involves the bride’s sisters and cousins stealing the groom’s shoes. Once the mischievous bride’s siblings have got the shoes, they’ll demand ransom money for the groom to get his shoes back.

What are the wedding traditions in Venezuela? 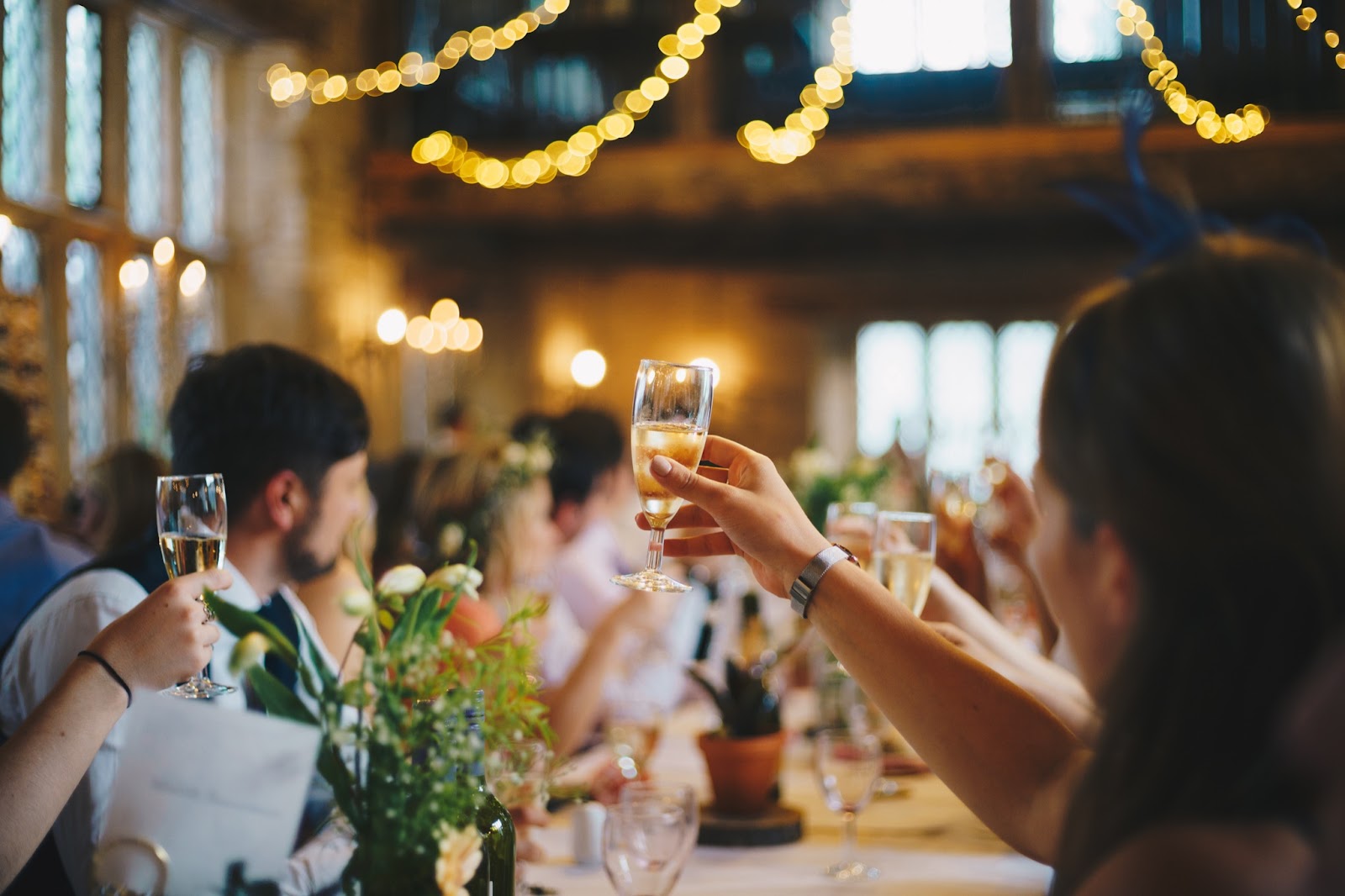 In Venezuela, a well-known wedding tradition is the bride and groom leaving the wedding reception early. It’s not a good idea for you to wait to speak to the couple after the ceremony has ended, as it is considered good luck for the married newlyweds to leave without being caught.

The other wedding tradition in Venezuela involves exchanging thirteen gold coins. The coins are referred to as Aras and can be presented to the bride or groom’s father. For the groom, the gold coins symbolises his willingness and love to support the bride. If the coins are presented by the father of the bride, then it expresses dowry for the bride.

What are the wedding traditions in South Korea? 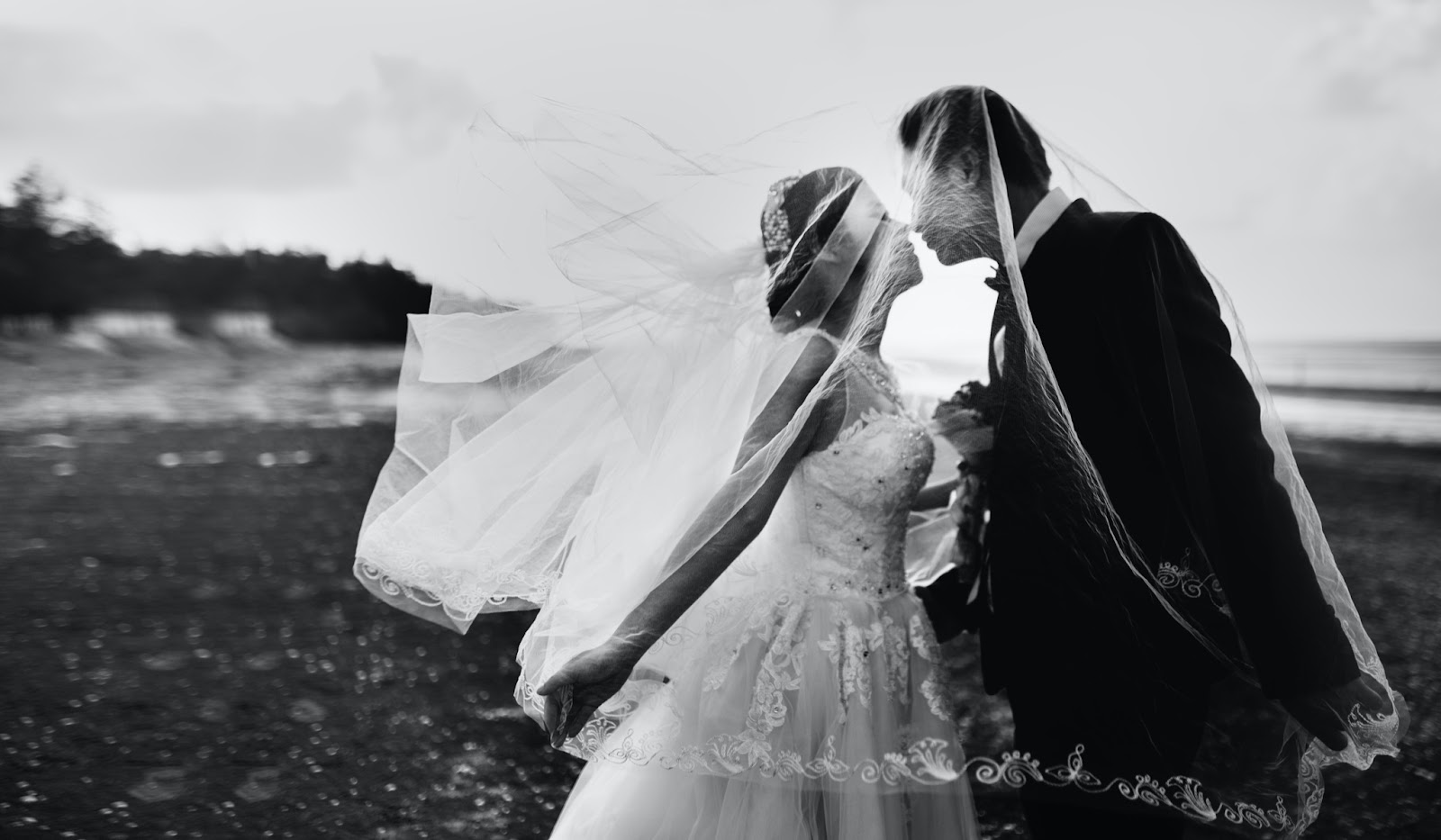 South Korea has a weird tradition when it comes to weddings which involves a stick or dried fish. The falaka ceremony involves the groom’s friends and family holding him down and beating the bottoms of his feet with a stick or dried fish. In between the beatings, the groom is asked trivia questions, which is meant to test his character and strengthen his memory.

The offering of a goose is another unusual wedding tradition in South Korea. Historically, the groom would offer a goose to his mother-in-law to symbolise his commitment to his new wife. It’s explained that the groom would show the bride that he’s loyal to her for the rest of his life.

In modern South Korean weddings, they use wooden ducks rather than a goose for this wedding tradition.

That’s just a few of the most amazing wedding traditions from around the world, which don’t involve a traditional ceremony.

Having the right wedding ring for the bride and groom will elevate the ceremony into an event that the couple will never forget for the rest of your lives.

You can pop along to one of our stores where you can find our range of mens and womens wedding rings that will symbolise your love for your significant other.